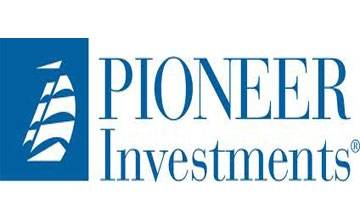 Amundi to buy Pioneer from UniCredit for 3.6 bln euros

Amundi is to buy rival Pioneer Investments from UniCredit for 3.6 billion euros ($3.8 billion), a deal that will extend the French asset manager's reach in Europe and bring in much needed capital for the Italian bank.

The deal comes as UniCredit, Italy's largest bank, prepares to publish a new business plan and announce a fundraising via a share issue that sources said could reach 13 billion euros ($14 billion). The plan is due to be unveiled on Tuesday.

If successful, the fundraising would be boost for Italy's banking sector, which is weighed down by bad loans and political uncertainty following the resignation of Prime Minister Matteo Renzi. Sources have said it is unlikely to be launched before February.

Shares in Amundi rose as much as 8.5 percent to record highs as investors welcomed the deal creating the world's eighth largest asset manager which will have Italy as its second biggest market. Assets under management are set to rise by one fifth to 1.276 trillion euros.

"It's a vote of confidence in Italy," Xavier Musca, the deputy CEO of Credit Agricole, which controls Amundi. The French bank expects the deal to boost its earnings per share by more than 5 percent.

UniCredit stands to reap a 2.2 billion euro net capital gain from the sale and will receive an extraordinary dividend payment of 315 million euros from Pioneer before its closing. It will add 0.8 percentage points to its core capital ratio.

Shares in UniCredit rose initially in response to the Pioneer deal, which analysts had valued at 2.5 billion euros on a stand-alone basis. They were 3.5 percent lower later in the day ahead of the bank's strategy announcement.

"The deal is a positive for all the parties involved. UniCredit raises some money and Amundi boosts its market presence," said Clairinvest fund manager Ion-Marc Valahu, who holds shares in European banks.

UniCredit's CEO Jean-Pierre Mustier, who was hired in July, has been trying to tackle long-standing concerns about the bank's stretched capital levels.

The Amundi/Pioneer tie-up will lead to 450 job cuts out of a combined staff of 5,000 people globally, yielding annual benefits of 180 million euros within three years with a targeted return on investment of around 10 percent.

The deal includes a product distribution agreement for up to 10 years.

Amundi will pay for Pioneer via a 1.4 billion euro share issue in the first half of 2017 and by selling 0.6 billion euros in debt.

Amundi is on an expansion spree following its stock market flotation by Credit Agricole and Societe Generale <SOGN.PA> in 2015, which resulted in SocGen selling out. Amundi's aim is to win market share in Europe and Asia.